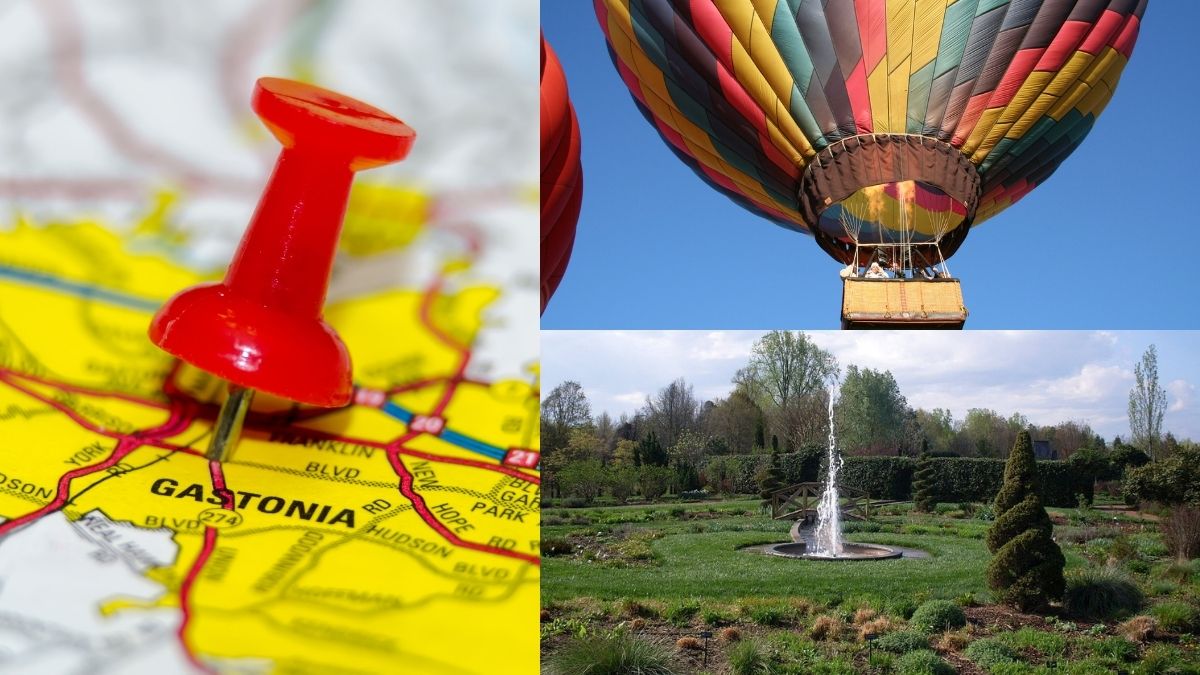 If you are looking for things to do in Gastonia NC, then you have landed to the right place. Through this article, I will try to introduce you to things to do in Gastonia NC. Gastonia is a sprawling city in North Carolina that is beautiful and home to many cultural and historical sites. One of the largest and fast-developing Gastonia is a place to visit when you tour North Carolina. From the many festivals to parades this city has always been welcoming to tourists and offers many beautiful places to sightsee.

The city is well developed and the manufacturing industry is the backbone of the economy here. It houses well-established health care, government, and education sectors and has a solid infrastructure. This city is steeped in culture and has wonderful museums that feature permanent exhibits.

If you want to visit North Carolina then do pay a visit to its largest city that is Gastonia as I discuss in this post all the wonderful places and entertainment this robust city has to offer.

I have made a list of Things to do in Gastonia NC. Without further ado!

The African American Museum of History & Culture is located at Loray Mill and is a place where you can learn about Black History here. This recently opened museum pays homage to the African-Americans who made contributions to the Gaston County community.

The famous Daniel Stowe Botanical Garden is a sight to behold indeed! One of the most picturesque gardens in Gaston city it occupies 380 acres of land and is home to many unique species of flora and fauna. They have facilities like a children’s garden and an orchid conservatory. A single day can be spent in exploring this beautiful garden.

If you find lavenders pretty then you will enjoy the Dallas Lavender Lane Farm immensely. Spreading over 6 acres around 5000 lavenders dot the grounds of this farm. A kid friendly place, touring this farm brings you closer to animals and nature and helps you spark your interest in many of the activities that have been set up there.

04. The Schiele Museum of Natural History

Next on my list is The Schiele Museum of Natural History in Gaston city. Named after its inspiring owner and curator Bud Schiele turned his dream into reality by establishing this museum and sharing his amazing nature collection with the world. This museum has the second largest collection of Catawba pottery in the country and has exhibits regarding North Carolina’s natural wildlife.

Are you interested in trekking or hiking? Do you often go on trails immersed in the beauty of nature? Then look no further than the Crowders Mountain State Park in Gastonia. This scenic park provides breathtaking views of nature and is one of the most popular things to do here. It has 11 trails to hike including the pinnacle trail which is quite strenuous and challenging 4 miles round trip to the highest point in Gastonia. It is one of the best and free things to do in Gastonia, NC.

If you want to go back to civilization after this then you can certainly pay a visit to Adventure Landing which is a kid-friendly park here in Gastonia. There are 3 mini-golf courses, each with a fun theme along with an arcade center and batting cages where you can prove your prowess as a baseball batter. After all this, you can have a sumptuous meal in of their onsite restaurants that have both kid and adult menus.

If you love picnics then you can certainly plan one at the Rankin Lake Park in Gastonia city. This serene lake is the ideal place to go for a refreshing swim. You can also try your hand at fishing while visiting this lake. That’s not all this park also features a golf course, horseshoe courts and an extensive system of hiking trails. You can also go boating, kayaking or canoeing in the lake. For further details make sure to contact the park office.

Like all places of the South, Gastonia too is no exception and has some of the most amazing restaurants and breweries. The award-winning Cavendish Brewery is a must-visit as this place specializes in uniquely crafted old-world beers. It also has a highly rated selection of wines both red and white.

If you are into Southern cooking then give Sprouts Café a try. This quaint little café serves breakfast and lunch and also has many options for vegetarians and vegans alike. Have a filling breakfast here to fuel yourself before you go out exploring the city.

Nellie’s southern kitchen is another place you must visit as it is owned by the Jonas Family (the Jonas Brothers in case you were wondering) and is a small drive away from Gastonia city. This restaurant is a tribute to their grandmother Nellie who was quite the cook. They source local ingredients and the cuisine is authentic Southern cooking. So, do come with a ravenous appetite and enjoy the food ambience and décor of this lovely restaurant.

Gastonia city in North Carolina is a place of great interest to people who are nature lovers and enjoy the southern fare. This city has everything you need in terms of entertainment and a carefully planned trip will leave you wanting more of this place.

I have included facts regarding this city that will keep you more informed and knowledgeable about this place.

How to reach Gastonia?

Traveling to Gastonia city is fairly easy especially if you reside in Charlotte County. You can always travel by train (Amtrak) that connects major cities like New York, Philadelphia, Baltimore, Washington, and Charlotte to Gastonia city.

By car Gastonia city is connected by major roads like Interstate 85and has a freeway that US 231 that connects it to various cities in North Carolina.

Gastonia city has 2 airports, one is a domestic airport and the other is an international airport that connects Gastonia city to various places within the country and the world in general.

Gastonia city is a well-planned city tracing its history all the way back to the 1800s. One of the first cities to have a cotton mill it soon became a center for the manufacturing industry specializing in all products not only cotton. This prosperous city only grew from then on and now boasts good infrastructure along with well-maintained government offices and health care centers.

So, do stop by and visit Gastonia city and explore this well-developed city and enjoy all its nature trails and southern cooking before going back home and making some beautiful memories here.

What is Gastonia famous for?

Gastonia is famous for textiles and is an important textile manufacturing area.

What can one do in Gastonia?

Gastonia is a lively place that has many gardens, parks, and musical festivals. They also have a renaissance festival along with famous restaurants.

How many airports are there in Gastonia?

Gastonia has 2 airports, a domestic airport, and an international airport.

Is Gastonia a major city?

Yes, Gastonia is the largest city in North Carolina and the second-largest satellite city in the Charlotte area behind concord.

Gastonia NC has certainly considered urban as 99% of the population lives in the city and only 1% lives in the rural area according to a 2019 census.