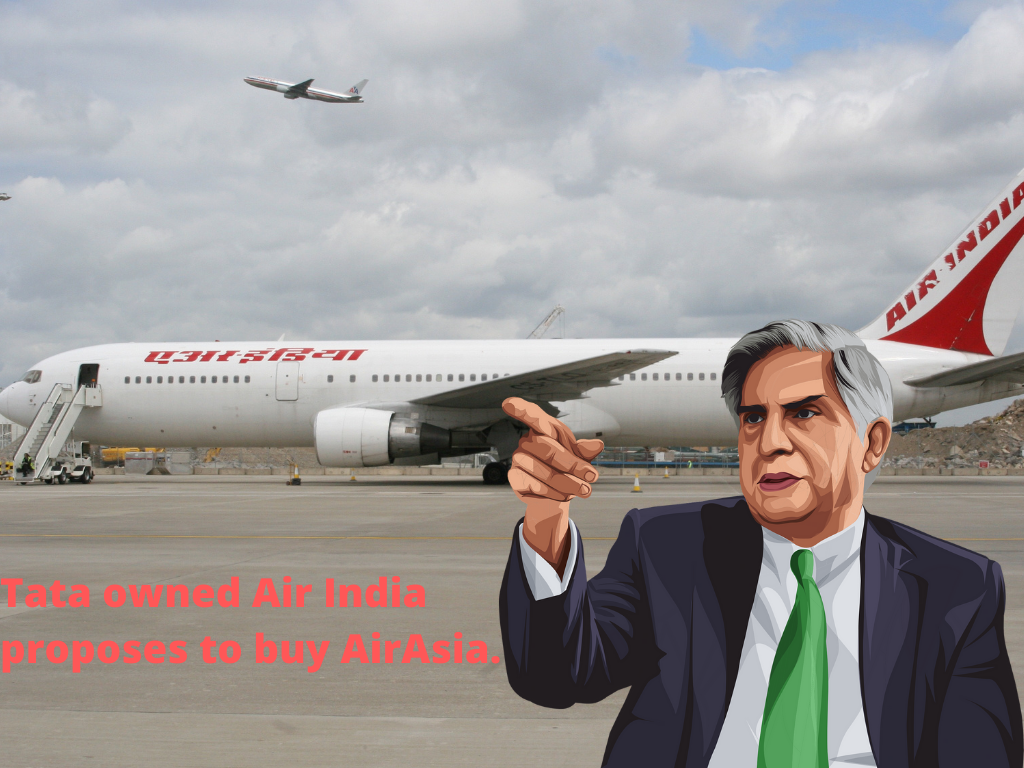 Mumbai/ New Delhi: Air India under the ownership of Tata Sons has proposed to buy the low-cost carrier AirAsia India, stated an application to Competition Commission of India (CCI). With this, the nine-year-old Malaysian venture will finally see its end in India.

Currently, AirAsia owns 16.33% in the Indian unit which can be acquired by Tata Sons directly or through an affiliate, according to a shareholder’s agreement. And since Air India has become an affiliate to Tata, they can easily buy the rest of the share.

Tata Sons use the CCI application as their first step to expand their business, which will also include the low-cost carrier Air India Express. The CCI application states that with air India’s acquiring of AirAsia, this “will not lead to any change in the competitive landscape or cause any appreciable adverse effect on competition in India.”