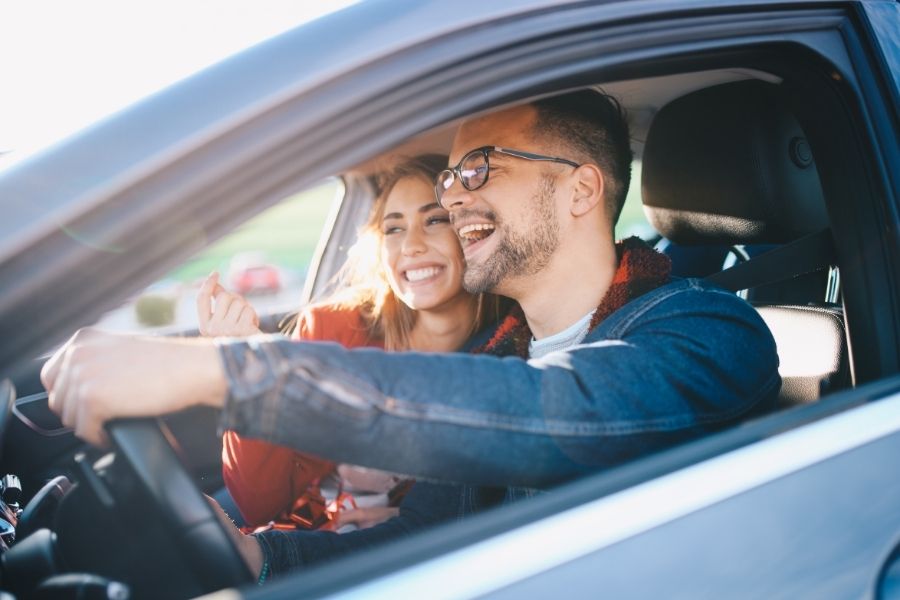 In this era of speed, we often overlook slow growth and pace. But from time to time, we do need to slow ourselves down. And in doing that, slow cars can be a very good start. Have you ever wondered which is the slowest car? If the answer is yes, then you must be fascinated by their features and how they can be fun for you.

Modern technology has given birth to some of the most fascinating slow cars that are very fun to deal with. Most of the slow cars are recently manufactured but there are a few old ones that are still in use. And a good part is that some of these cars run on electricity, saving fuel.

Most of the slow cars are either microcars or minivans. Due to their size and design, their use is prohibited on the highways. Of course, there are exceptions to it.

If you want to learn more about these cars, you have landed on the right page. We have listed all the Slowest Cars In The world below:

When we talk about being vintage, BMW Isetta strikes our minds. .t has a top speed of 53 miles per hour, with a 236-cc engine, 9 kW horsepower, and its weight is 475 kilograms.

Also known as bubble cars and Knutschkugel in Germany, it was one of the most affordable cars of that time. BMW Isetta was manufactured by the Bayerische Motorenwerke between the years 1955 and 1962. Due to its affordable price, it was very popular amongst the people.

This two-seater car might look very tiny but it can easily accommodate two adults. And the best part about the car is that you can easily drive it with just a motorcycle license. The car has a single door, next to which the steering wheel is.

One of the slowest cars on our list is Axiam Coupe Evo. It has a top speed of 28 miles per hour, the torque of the car’s engine is 2500 rpm with 6 kW horsepower and its weight is 350 kilograms.

The fun about this vehicle is that it is a mini quadricycle, with an urban and sporty look. You will love this vehicle for its limited fuel consumption. Aziam Coupe Evo has two seats and a 16-year-old in the UK can drive it without a driving license.

Renault Twizy is one of the slowest electric cars in the world. It has a top speed of 50 miles per hour, the torque of the car’s engine is 2050 rpm with 4 kW horsepower and its weight is 450 kilograms.

Being only 2.3 meters in height, Renault Twizy 45 is one of the most fascinating electrical microcars. Like a regular car, it has two side doors but the uncommon part is the lack of windows. If you fully charge its 6.1kWh battery once, you can travel up to 100 km with it. The car was released in 2012, 5 years after its idea was introduced. You can say goodbye to parking problems with this easy-to-park two-seater car.

With three tires, Peel P50 is one of the slowest cars in the world. It has a top speed of 38 miles per hour, with a 98-cc engine, 4.5 hp horsepower, and its weight is 59 kilograms.

Produced by PeelEngineering Co. Ltd. In Great Britain in 1964, Peel P50 is one of the rarest cars. And with being rare, it is also the most expensive slow car as they often get sold for over $170, 000. If you want a single-sitter car with the ability to accommodate your luggage, it is the best choice for you. Although very slow, Peel P50 will save you the hassle of walking around with your luggage.

Another electric car in our list Peugeot 106 Electrique. It has a top speed of 56 miles per hour, the torque of the car’s engine is 127 Nm with 20.5 kW horsepower and its weight is 954 kilograms.

Unlike a lot of the cars we have mentioned, Peugeot 106 Electrique has a regular size. The car was made in UK and manufactured between the years 1998 to 2003. Adding to its unique features, the vehicle has a hatchback body structure.

To charge the car, you need to plug its charging chord into a 13-amp socket. For the best benefits, charge it for 6 hours every day after using it. It is powered by Nickel-cadmium batteries, which explains the car’s slow speed.

Eco-friendly and noise-free, Citroen Ax Electrique is definitely one of our favorites on the list. It has a top speed of 57 miles per hour, the torque of the car’s engine is 1600 rpm with 20 kW horsepower and its weight is 72 kilograms.

With a hatchback 3-door body structure, Citroen Ax Electrique is one of the slowest electric cars. The car was manufactured in December 1993 by Citroen in France. It is totally environmentally friendly as the car does not produce any emissions or noise. And with its 3525 mm outer length, it without a doubt looks nice.

If you choose to buy the car, make sure you charge its battery every time you use it to avoid inconvenience. Once the batteries reach the red segment, they expire soon.

The small and three-wheeled car is definitely amongst the unique cars on our list. It has a top speed of 62 miles per hour, the torque of the car’s engine is 3500 rpm with 29.8 kW horsepower and its weight is 450 kilograms.

Originating from Great Britain, the three-wheeled car was manufactured between 1989 to mid-1990. Reliant Robin LX is so slow that it takes over 15.2 seconds to reach its top speed.

The car has a rear-wheel-driving system and it is 57.1 inches in width and 134.3 inches in length. And of course, standing up to its name, you can definitely rely on Reliant Robin LX

One of the more popular cars on our list, the 2012 Chevrolet CMV is a slow minivan. It has a top speed of 60 miles per hour, with an 800-cc engine and 37 hp horsepower.

Produced by Chevrolet, the minivan has the appearance of a Suzuki. Although not the slowest on our list, the car definitely stands out. It runs on gasoline and consumes lesser fuel when compared to a lot of vans.

If you are looking for a slow car to accommodate a large number of passengers, this one is for you. 2012 Chevrolet CMV has the capacity to occupy at least five adult passengers comfortably.

Making it to our list, Fiat Seicento Elettra is another electrical slow car. It has a top speed of 62 miles per hour, the torque of the car’s engine is 123 Nm with 30 kW horsepower and its weight is 710 kilograms.

Launched for the first time in 1998, Fiat Seicento Elettra has a real-wheel-driving style. This fuel-free economic car was produced by Fiat, an Italian car company in 2003.  Its speed has made it one of the slowest cars in the world, however, it is also known for being fancy.

You can travel along with three other persons and have minimal luggage in a Fiat Seicento Elettra. And with its fine interior and zero emission, it definitely can be regarded as one of the most elegant slow cars.

Gasoline-free and user-friendly, Smart ForTwo ED is another slow electric car. It has a top speed of 62 miles per hour, the torque of the car’s engine is 118 rpm with 80 HO horsepower and its weight is 2, 363 LBS.

Environment-friendly and convenient to operate, Smart ForTwo ED is a two-seater mini car. The car was manufactured in 2013/2014 with Renault, a French carmaker by the co-developer. Its 17.6-kWh lithium-ion pack battery is rechargeable.

You can travel up to 58 miles at a stretch by fully charging the car. And of course, due to its unique features, your car will definitely stand out.

We have listed the 10 slowest cars in the world with their top speeds. They are fun to operate, and unique to look at and their distinctive features definitely make them something to fawn over. If you were planning to buy one of these slow cars, we have given you more reasons to go with the purchase. And if you wanted to only learn about the, you now have enough knowledge. Either way, you should note down the mentioned cars.

Which is the best slowest car in the world?

Peugeot 106 Electrique is often considered as King of slow cars.

What is the fastest car in the world?

SSC Tuatara was named the fastest-moving car in 2021.

Which is the prettiest car in the world?

Maserati A6GCS Berlinetta is one of the prettiest cars.

Which is the slowest supercar?

The 2017 Acura NSK is considered to be the slowest supercar.