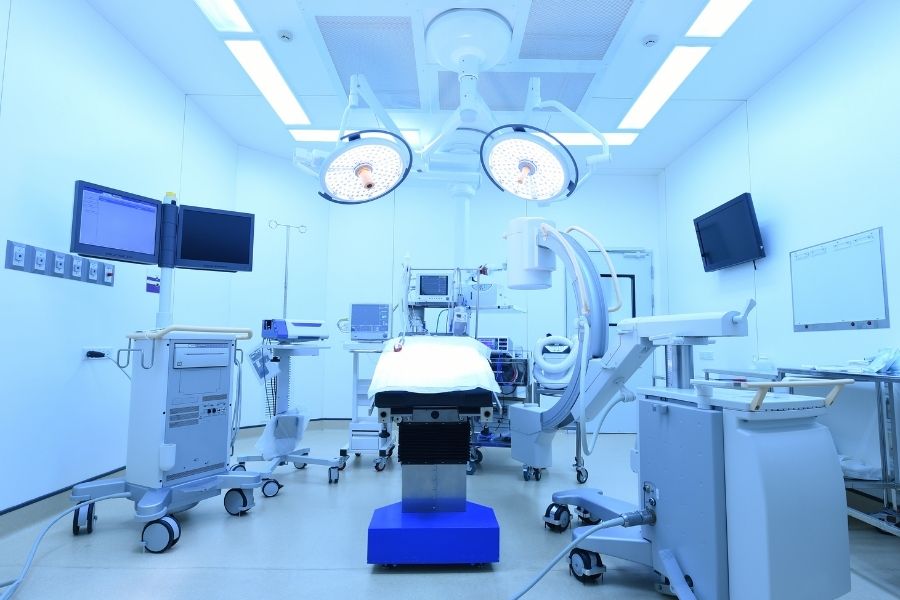 We have always depended on medical facilities for getting our best shot at existing. In fact, healthcare is the only sector we can’t go without entirely. You must have come across the major companies while getting tested or treated.

And since 2020, the medical companies have an all-time high focus. Because of the Covid-19 pandemic, the necessity for available medical devices has increased a lot. We all have one way or the other faced the sudden strike of this global crisis. With the increase in demand for face masks, ventilators, syringes and needles, testing kits, and vaccines, the medical companies are having to supply large amounts of products.

List of the best Medical Device Companies in the USA

If you are wondering which US companies are our biggest medical device suppliers, you have landed on the right page. We have prepared a list of medical device companies in the USA who have been contributing to the healthcare field for years now.

With being one of the biggest American businesses, Johnson & Johnson has built its reputation in the healthcare world over the years. If you have not come across the country’s name in the medical field, its personal care items should ring a bell. Well-known for its baby product brand, the company has a turnover of $369 billion.

Although the company generates good sales in pharmaceuticals and consumer health products, it deals in a wide range of medical devices. And along with being the largest medical device manufacturer, Johnson & Johnson was also recognized as the world’s 10th-biggest-publicly-traded company by Financial Times.

Can you imagine a medical device company employing over one lakh people? Well, Johnson & Johnson currently employs over 132, 200 people around the world. A financial report in 2019 reported that the company has a yearly revenue of $83 billion. Of which it spends more than $11 billion on research, more than any medical firm in the world.

When mentioning one of the largest medical device and healthcare companies, Abbott, we must recall that it was started as a drug company. Originally, the Chicago based company’s foundation was laid over 130 years ago.

If you are a frequent consumer or researcher of medical devices, we can assume that you are familiar with its portfolio. The company manufactures cardiovascular devices like pacemakers, stents, monitoring systems, catheters and replacement heart valves. Some of the additional areas it deals in are diabetes care and diagnostics.

It shouldn’t be startling to you that ABBOTT has become one of the only global companies to receive an emergency authorisation. The EUA was sanctioned by US for Covid-19 diagnostics as its molecular RT-PCR test got approval.

Another company in our list to cross one lakh employees, Abbott has employed over 103, 000 people worldwide. With a revenue of $30 billion per year while having its roots in 160 countries, the company is naturally one of the largest medical device companies in USA.

Do not be surprised to see Medtronic on this list. While the company might have shifted its headquarters to Dublin, Ireland in 2015, it is still USA’s one of the biggest healthcare facilitators. The company has had its strong roots in the medical sector for over 60 years.

And with having more than 100, 000 employees, the company is the third manufacturer in our list to employ over one lakh people. With having a revenue of $30.5 billion, the company has made its name as one of the largest medical device companies in USA.

You must have also encountered Medtronic in the field of neurology. Its Percept PC system is recognised by FDA to treat neurological diseases like Parkinson’s condition.

Thriving in the field of medical devices, the Illinois based Baxter has secured its name as one of the giants of the field. You probably have come across this company’s products in one of your hospital visits.

Having a yearly revenue of $11.1 billion and 50, 000 employees, the current value of the company is $129 billion. Baxter deals in devices of the sector of surgical care, hospital care and renal care.

Fascinated by the companies having their headquarters in Washington Dc? Danaher is amongst the major sectors like NASA and World Bank to have its headquarters in the US capital.

It might be astounding to you that Danaher originally laid its foundation as a real estate investment trust almost 50 years ago. However, in 1984, the company shifted its focus on manufacturing and currently produces wide range of items in diagnostics sectors and live sciences.

With having 71, 000 employees in over 60 countries, the company had an annual sale of $20 billion in 2020. Most of the company’s medical devices focus on healthcare sectors like medical image solutions and diagnostics.

And in 2019, the company started a surrogate firm called Envits that deals in dental devices. Currently, the firm deals in orthodontics, dental implants, consumables and dental equipment.

The giant US manufacturing company breaks our one lakh employee’s bar. With having over 200, 000 employees globally, General Electric made $95 billion in a year. The company proceeds with its medical device business through its subsidiary GE Healthcare, an Illinois based firm.

You might have come across the company’s manufactured products in different medical fields. Currently, GE Healthcare produces technological medical devices in the sectors of medical imaging and patient monitoring devices. Some of these devices include drug delivery system, ventilators and diagnostics.

Additionally, GE Healthcare partnered up with Ford to design a new type of third-party ventilator, approved by FDA. This made the car manufacturer have a higher sale in medical care machine production faster. You can definitely consider General Eclectic not only a great name in medical device companies in US, but the whole world.

Did you know that 3M Company was originally founded as a mining firm almost 120 years ago? Its only in the 1950s that the company started producing medical devices, starting from its first asthma inhaler.

Another amazing underappreciated and less known information about the company is that it invented N95 masks in 1972.  And you must have come across the use of the N95 respirator masks during the Covid-19 pandemic.

Based in Minnesota, the company is the single largest producer of sterile packaging in the medical industry. With around 93, 0000 people globally, the company made an annual revenue of $32.8 billion in 2019.

Founded by orthopaedic surgeon Dr Homer Stryker in 1941, Stryker is based in Kalamazoo, Michigan. It might be interesting for you to know that the company started as the doctor’s quest to invent his medical devices for treating the patients.

Today, the company has grown into one of the biggest MedTech firms in the world with around 36, 000 employees. In a single year, the company had a turnover of $13.6 billion. Stryker currently manufactures surgical devices, orthopaedic equipment like joint replacements and implants, personal protective equipment, and neurotechnology applications.

One of the most popular and important products of this company is Mako Total Knee.

If you have ever researched on the world’s largest syringe and needle manufacturers, Becton Dickinson must be the first name to pop-up. The company manufactured and gave 65 million injection devices to UK government for carrying out a successful vaccination drive.

And along with producing a wide range of syringes, the company also deals in other healthcare facilities. Becton Dickinson deals in sectors like molecular diagnostics, diabetes management and infusion, and surgery.

By employing around 70, 000 people in over 50 countries, the company has an annual revenue of around $17.3 billion.

The company gained spotlight by launching Veritor Plus System, an easy to use and portable Covid-19 antigen test kit.

Last but not the least, Intuitive Surgical has made it to our list. In case you thought the company makes only its well-known Da Vinci robotic surgery system, it actually produces a lot of medical devices.

However, the company’s robot-assisted surgery system definitely makes it one of a kind. Da Vinci robotic surgery system can be controlled by a surgeon, using only a controller.

And with being one of the biggest medical device companies in USA, the company is also leading in robotic surgery system manufacturing. With 5, 500 employees and annual revenue of $3 billion, the company is remarkable.

Medical devices make up a very important part of our lives and its crucial for you to be updated on them. Our list of medical device companies in USA includes the major healthcare facility manufacturers of America. Now that you are familiar with some of the names, you can choose your preferred company for medical devices.

How many medical device companies are there in the US?

In 2022, there are reportedly 971 medical device manufacturing companies in the US.

Where are the most medical devices made in the US?

Most of the medical devices in the USA are made in California, Minnesota and Massachusetts.

What is the most used medical device?

Ultrasound scanners are possibly the most used medical device.

Is a mask a medical device?

The FDA has declared masks a medical device.

How big is US medical device manufacturing industry?

A report in 2017 stated that the value of the medical device industry in the US is US$147.7 billion.

How To Print A Car Detailing Business Card?

Matte Vs Glossy Business Cards design ideas for beginner in 2022