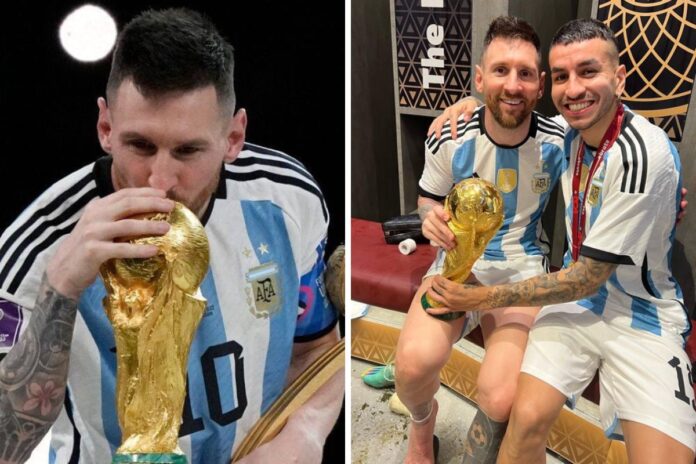 Good news for the fans of Lionel Messi. The 2022 FIFA World Cup Golden Ball winner Lionel Messi, gave his fans one more reason to be happy. He announced that he had no plans to retire from international football.

Previously the seven-time Ballon d’Or winner announced that this would be his last FIFA World Cup appearance.

However, on Sunday, after the 35-year-old Messi helped Argentina win the title for the third time with a 4-2 shootout victory over France.

After the glorious win, Messi was overwhelmed as he lifted the trophy and kissed it. Then, he said, “I want to play a few more games as a world champion. I was lucky to clinch every title in my career; this was the only one missing. I want to take this one there (to Argentina) and enjoy it with everybody else.”

He won his first Golden Ball award eight years ago in Brazil in 2014, where Argentina won by 1-0 against Germany. This year he lifted the magnificent Golden Ball award for the second time, wowing the fans with his tremendous performance in the best way possible.