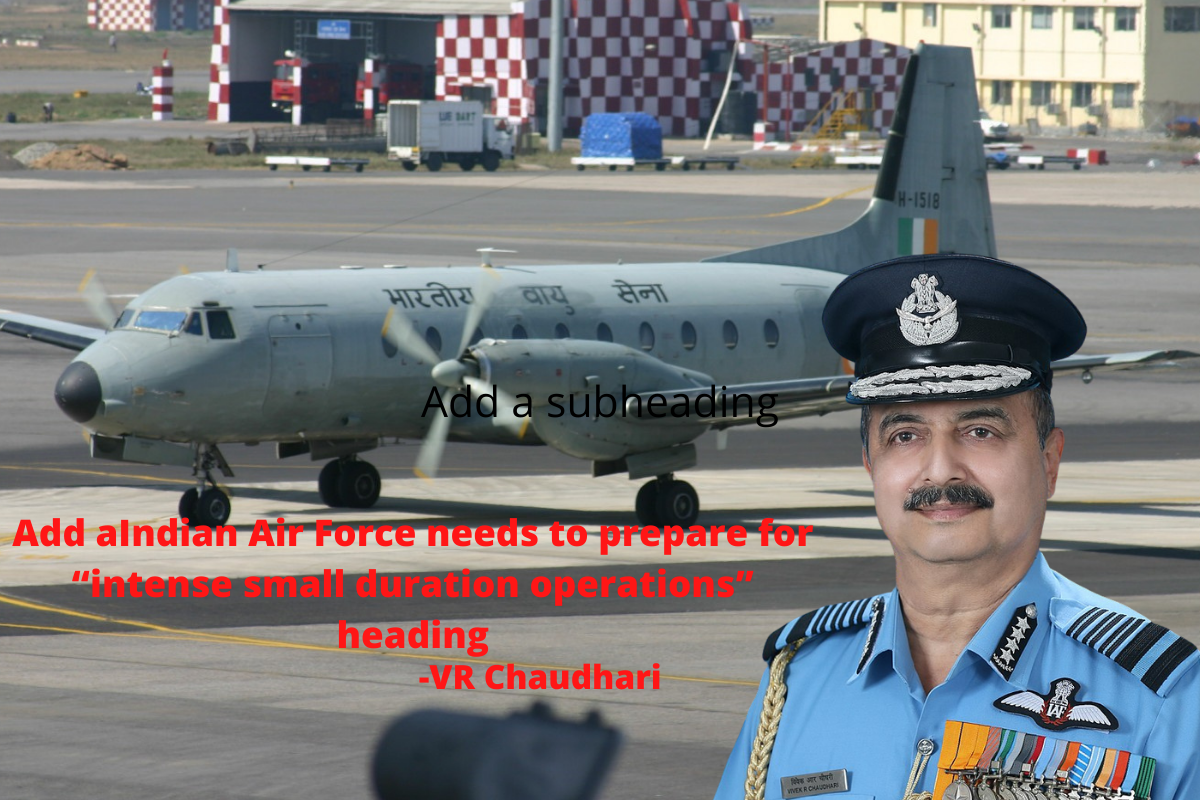 VR Chaudhari, the chief of IAF said on Thursday that given the current geopolitical conditions, Indian Air force needs to start preparing small duration and intense operations in short notice, given the recent scenarios that we are witnessing, like the standoff around eastern Ladakh.

While addressing a seminar at the national capital, he said that we also need to gear up for facing “short swift wars”.

Standing up to the recent political and geographical needs of India, the Indian Air Force needs to be both operationally and logistically available all the time if we want to protect our lands.

Further he added, “A focused action plan needs to be developed for indigestion of all critical components in order to achieve the nation’s mandate of ‘Atma-Nirbharata’(self-reliance).”

He also believes that it will be challenging to have logistics support in this situation since the force already has a diverse and giant inventory.

“Logistics has been identified as one of the key drivers for ease of doing business and making Indian supply chains globally competitive,” he said.