Baseball signed by Ukrainian President to be sold for raising funds 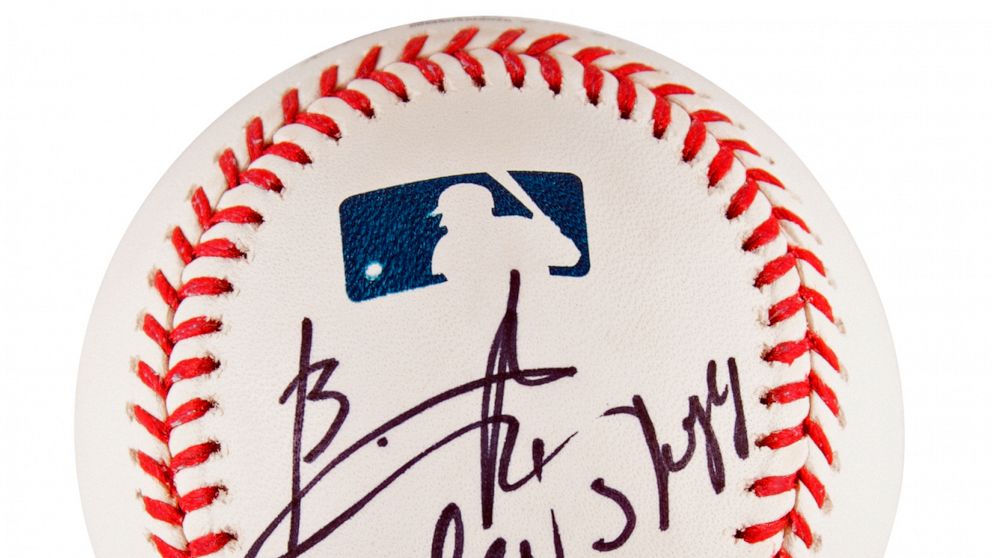 President Volodymyr Zelenskyy signed baseball for an American collector in 2019. He probably had no idea that one day this ball would be used to help his burning country during this crisis

Signed by different world leaders, the official Rawlings Major League baseball is being auctioned to retrieve funds for the country in need, said auctioneer RR Auction of Boston on Tuesday.

The initial price set for the auction of this baseball was set at $15,000. However, the expected price has already exceeded, according to RR spokesperson.

Kaplan said in a phonic interview, “With what’s going on in the world right now it makes sense to auction it at this point because the proceeds will help the people in Ukraine.”

He added, “What’s going on in Ukraine is a disgrace and it’s breaking my heart to see the people dying there. Their needs are just do dire right”.

The baseball is signed with Latin letters and Ukrainian Cyrillic. Along with the ball, a transit letter signed by Volodymyr Yelchenko has been sent to the United States which reads, “Dear Mr. Kaplan, Please find enclosed a baseball, signed by the President of Ukraine, H.E. Mr. Volodymyr zelwnsky during the visit to New York in September 2019”.