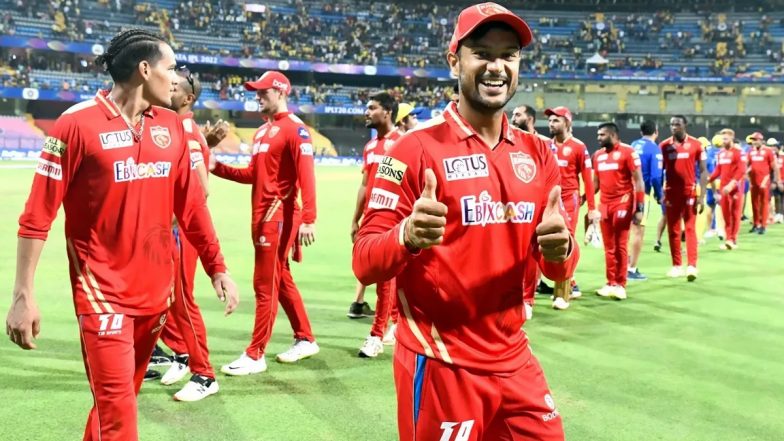 Punjab King’s (PBKS) young player Arshdeep Singh has been praised by the team’s skipper Mayank Agarwal and the well-known south African pacer Kagiso Rabada for his magnificent bowling in the death over as Chennai Super Kings (CSK) gets defeated by PBKS by 11 runs on Monday’s IMPL match.

With a good score of 187/4 in 20 overs, mainly because of undefeated Shikhar Dhawan who made 88 runs the team set a high bar for its opponent. His partnership with Bhanuka Rajapaksa (42) and Ambati Rayudu (78) acted as a blockage in CSK’s journey of victory.

However, CSK got a boost from 40/3 when Rayudu came to bat and took Chennai’s score to 153/5 with crucial partnerships with Ruturaj Gaikwad (30) and Ravindra Jadega (21). The team came in a position where they needed 47 runs off 24 balls to win, which is a doable thing.

But their short hope of win was contained by two excellent deliveries by Arshdeep and Rabada, where they gave away single runs to the opposition players. CSK fell short for 11 runs at the end.

During a post-match presentation, Agarwal said, “I thought Arsh bowled exceedingly well. I must credit him. Throughout the season, he’s stood up in tough moments and he’s bowled the tough overs. He’s always put his hand up and said, ‘Give me the ball’. So he’s been great for us. Even Rabada was fantastic. To get (Gaikwad) and Rayudu at that time was very crucial. I can’t really pinpoint, but I would say these two with the ball really changes the game towards us.”