2 terrorists in Pulwama killed over their part in migrant attacks 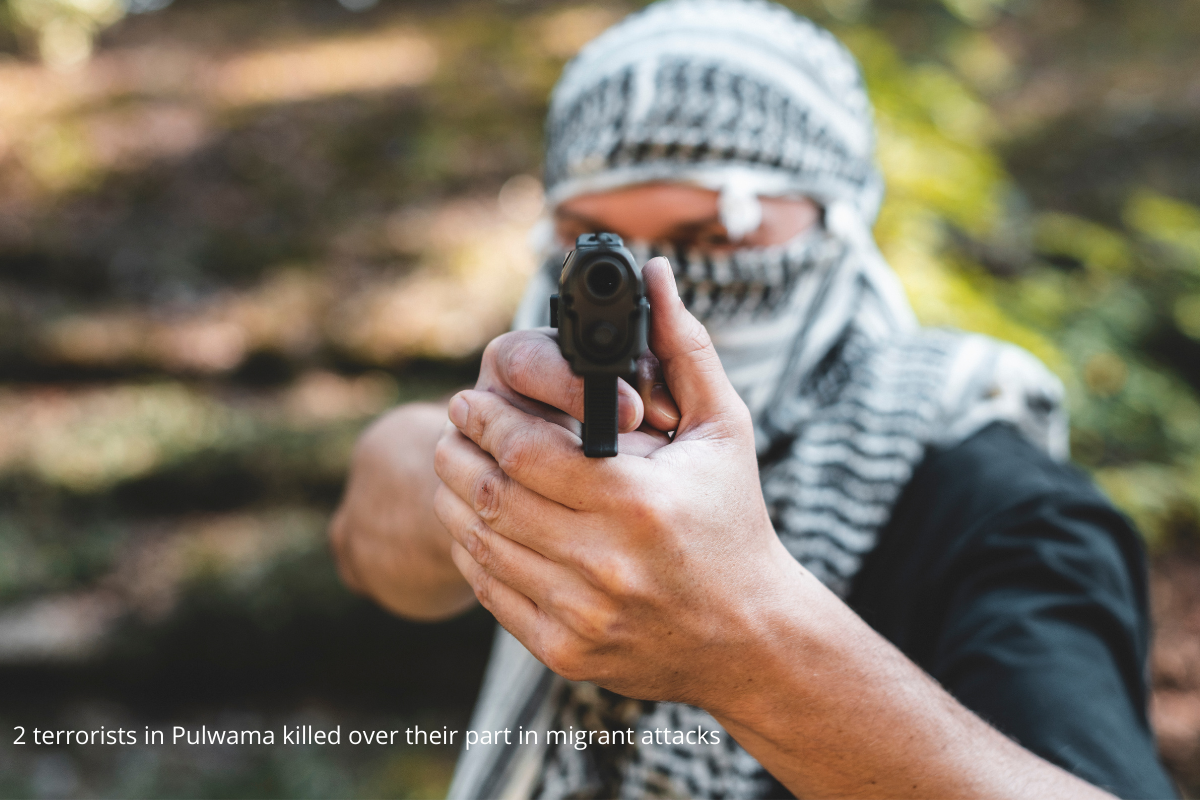 Srinagar: Two terrorist dressed up in A-Badr uniform were killed in a recent encounter by Pulwama’s special forces on Wednesday. These two terrorists were reportedly responsible for the death of migrant laborers in Kashmir, according to a statement by police officials.

Vijay Kumar, Kashmir’s Inspector general of police reported that an army official endured injury during the initial firing. He was later shifted to a hospital to get his wounds treated, added the Inspector.

However, it was stopped midway for evacuating the civilians from the space. After the evacuation, the two terrorist who are identified as ShahidAyub of DeeriMurran and Aijaz Hafiz of Dalipora, who were wearing the uniform of Al-Badr, a terrorist group were killed.

The identified terrorist launched a series of terrorist attacks on the migrant workers of Pulwama in the recent few days.

The police spokesperson said, “He was also involved in firing upon bank guard Abdul Hamid Wani, a resident of Tahab Pulwama, and sarpanch Ghulam Nabi Kumar of panchayat HalqaArihal B at Arihal Pulwama. Besides these terror crimes, terrorist Hafiz was instrumental in recruiting Shahid Ayub into terrorist ranks, who, too, was neutralized in the encounter.”